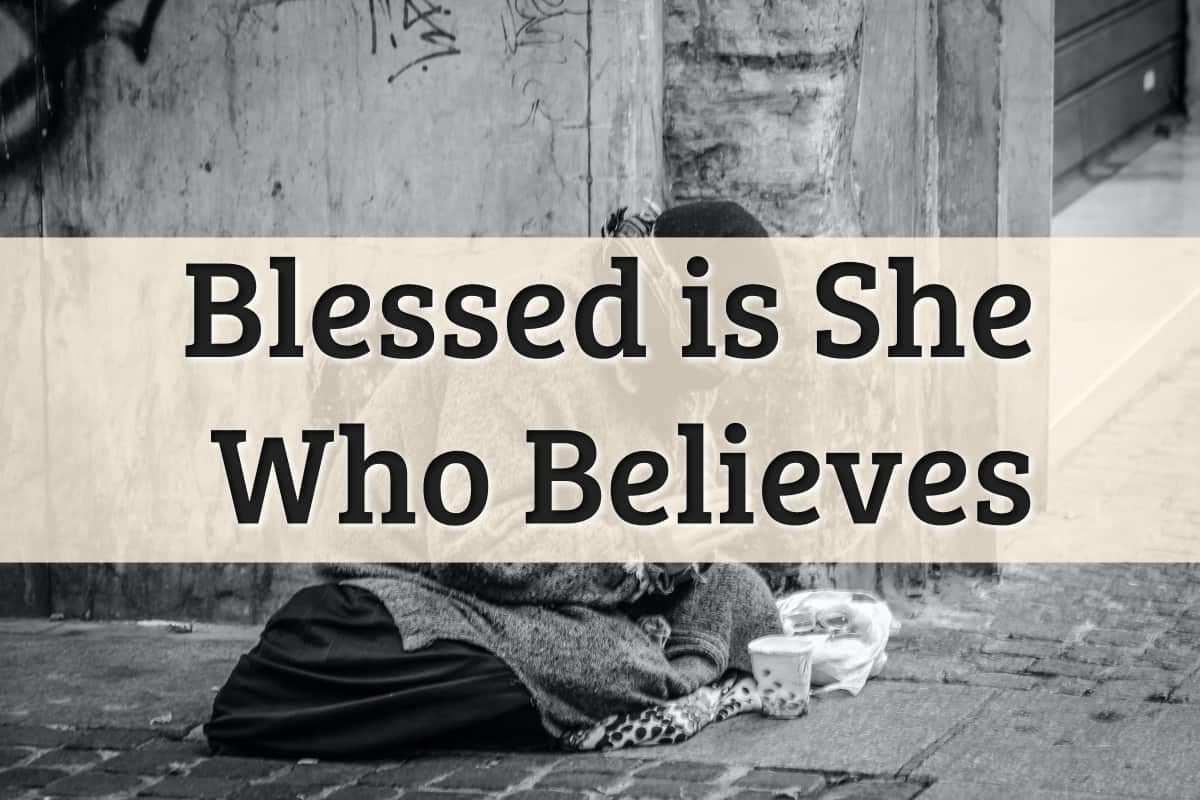 Some of your friends or a colleague of your friend might have shared to you the statement, “Blessed is she who believes that the Lord would fulfill His promises to her!”

Unlike any quotations that others talk about and can be seen through the internet, this one holds a rich history behind it and can be strongly relatable especially for every soul who believed that there would be a fulfillment of the promises of God.

To build a better foundation for your spiritual journey, establish a better relationship with your ministries, and have a deeper understanding of the topic to be able to join in discussions, you can first read verses from the bible including Luke 1:45, Romans 1:17, Hebrews 12:1-2 and read about Mary’s song of Praise.

Elizabeth: Mother of John the Baptist

In the holy bible, Elizabeth was Mary’s cousin and the mother of John the Baptist and her story emphasizes that the scripture is full of grace, beauty, as well as faith. Her famous line was, ” Blessed is she who believes that the Lord would accomplish all His promises to her.” (Luke 1:45) She was a very old woman who envied others as a response to the fact she is incapable of conceiving.

This was the time when most people valued women according to their capability to have a child. However, after receiving the blessing of God, she remained humble before Him without any hint of entitlement and words of bitterness spoken from her mouth. As Christians, we need to be humble, patient, and faithful to our ministries like Elizabeth to the merciful God

The Promise is Fulfilled: Mary and the Angel Gabriel

It was no accident that the blessed Mary was chosen by God to become the mother of Jesus Christ, the son of God. The encounters that happened between the mother of Jesus and the angel Gabriel were the manifestation of Mary’s faith and obedience to the Lord as she willingly presented herself to carry the long-awaited savior in her womb, believing that all that is happening is in accord with the will of the Lord.

Years Between the New and the Old Testament

Prior to Grabriel’s appearance before the blessed mother of the son of God, The world was in a state of silence, filled with sin and governed with an unjust law. From the old testament to the new testament, it took 400 years. Similarly, it was the number of years since the last prophet received the words of God for the people.

In the last 400 years before the angel has spoken to the blessed Mary to tell that the promises of God would be accomplished, prophecies from the old testament had been gradually happening before the birth of Christ.

The verse from the scriptures said in Luke 1:31-33, Mary will give birth to a boy whom she will conceive and will be named Jesus. He will reign over Israel, replace David in his throne, and His kingdom will not end. In the book of Luke, It was clearly stated how the blessed virgin was told to carry the Messiah in her.

“But how can this happen? I’m a virgin.” She seeks an explanation with a humble question about the things that she needs to do to accomplish the Lord’s promises. As a reply to the question, Gabriel’s explanation emphasizes that the promise will be accomplished through immaculate conception. He emphasized that the Lord would impregnate the blessed Mary and be filled by the power of the Holy Spirit.

Gabriel tells Mary about her cousin Elizabeth, conceiving a baby as well. As the Jewish people already knew about the prophecy, no matter how this situation seem to be an outliner, they already knew that the Savior would be preceded by John the Baptist, a prophet with the spirit of Elijah. Elizabeth’s pregnancy was the moment of confirmation that the Lord would fulfill his promises.

The Dilemma with the Promise

From our own perspective, it may not be a huge surprise why Mary decides to become pregnant of the long-awaited Messiah. However, as we trace back the history, deciding with all willingness to bear the blessed child Jesus for the fulfillment of the promises of the Lord is a brave act that favored the world over herself. If we are to put ourselves in the position of Mary, it may be one of the hardest moments in anybody’s earthly life.

Looking at the circumstances where Mary is at, she was engaged to Joseph-the man that she actually loved. She was a virtuous young woman that is devoted to her faith in the Lord. However, to become pregnant during her time is not a good sight and would cost a lot for her, even with the child Jesus, the Child of God, maker of heaven and earth.

In the performance of the Lord’s promises, Mary must play as the earthly parent of Jesus but this would ruin her reputation as well as her marriage. The role would make her life more difficult for her and her baby as people would most likely ostracize her. Mary knew from the very beginning that if she takes the role, she must be ready to endure the expected hardships that may come along her way.

Nevertheless, without fear and hesitation, she said to the messenger of God (found in Luke 1:38),” I am the Lord’s servant. May everything you have said may be fulfilled.”

In Luke 1:45 God’s words speak, “Blessed are you among women, and blessed is the child you will bear! But why am I so favored, that the mother of my Lord should come to me? As soon as the sound of your greeting reached my ear, the child in my womb leaped for delight. Blessed is she who believes that the Lord would achieve his promises to her!”

Acting as Mary’s ultimate source of support, Elizabeth was the person that provided the desperately demanded confirmation that Mary’s heart needed amidst the wilderness surrounding them.

Blessed is She Who Has Believed In !

Mary’s designation as the “blessed among women” willingly accepted the gift from the holy spirit and believed that there would be a fulfillment of god’s words. Luke 1:45 is the manifestation of Mary’s joy and acceptance, to what the voice had told her and believed for there shall action in God’s wisdom, manifesting her faith as she believed in the promises of God.

Regardless of what biblical translation you have read, whether it is from the new living translation (NLT), King James Version (KJV)[1], or the new international version (NIV), the emphasis still remains on the fact that the Lord would fulfill his promises, no matter what the circumstances are as stated in Luke 1:45. Both women in the verse encountered hard choices to make but they remained true in believing the God’s promises must be kept. Both of them believed without any hesitation and they were blessed for their actions.

Finally, May our generation and all other succeeding generations, find encouragement in Elizabeth’s and Mary’s ways as they respond in true faith and believed that the Lord will not let them go astray and as a member of the Christian community. May each one of us receive the blessing of God as we pray and obey imitate his image and likeness.

2 thoughts on “Luke 1:45 – Blessed is She Who Believes Consistently” 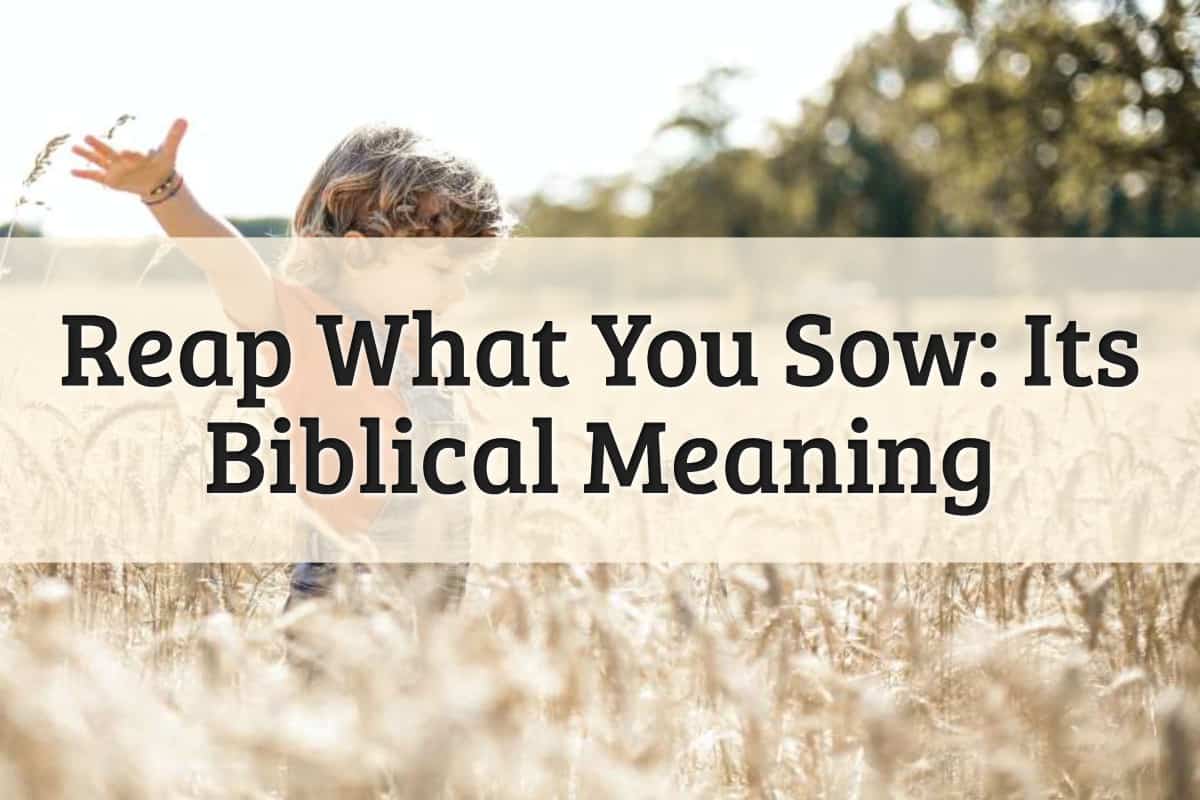 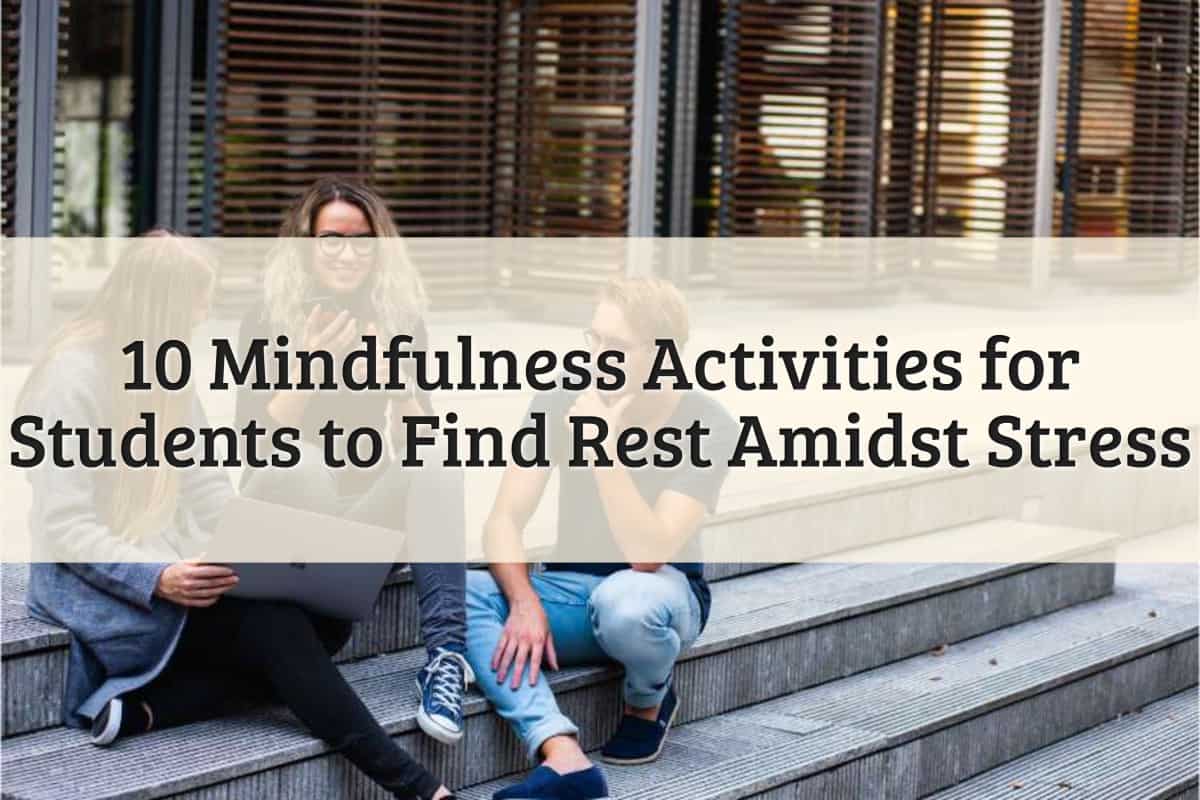 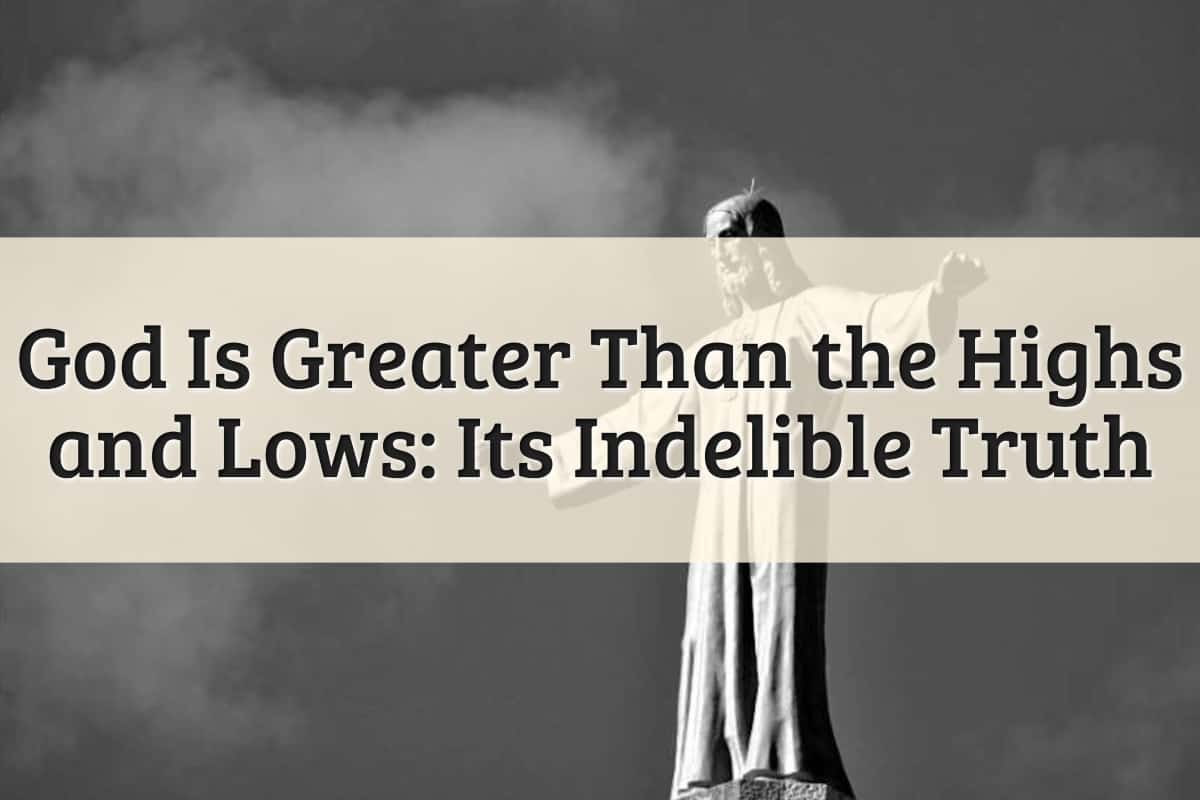 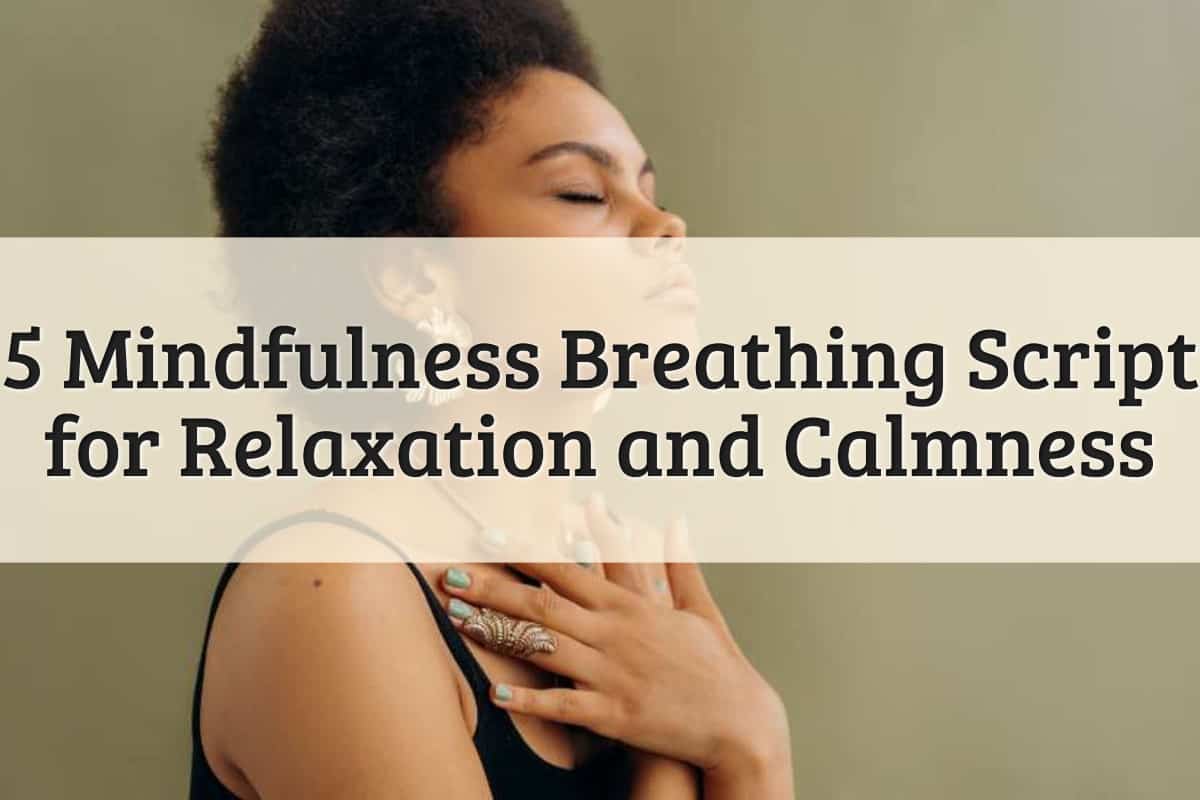 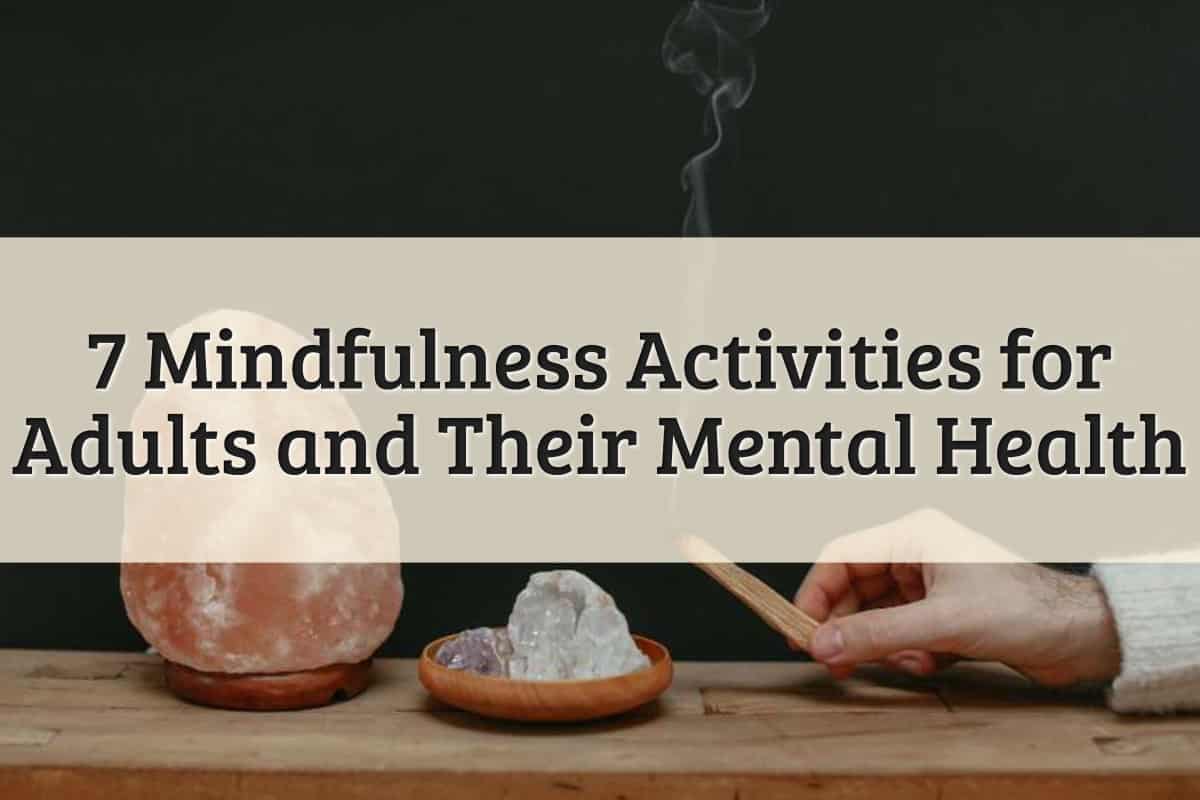