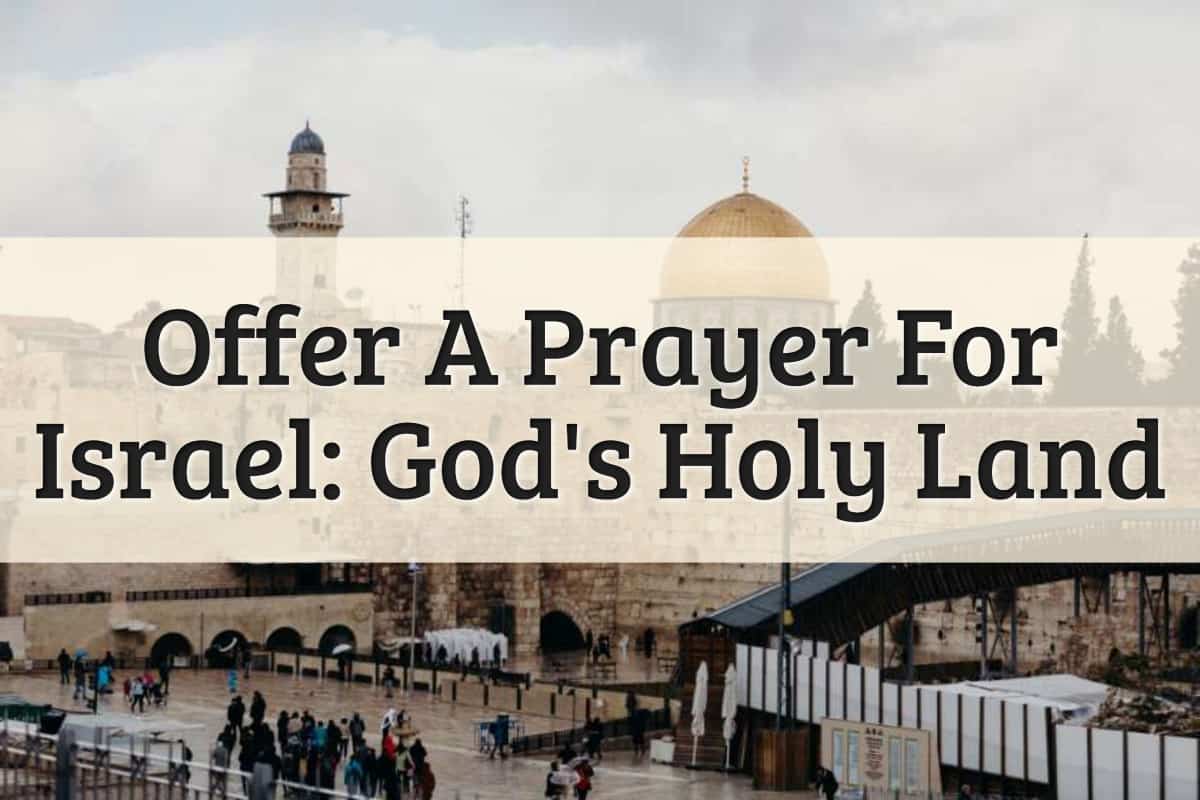 It should come as no surprise that the nation of Israel is a source of discord and controversy in both the world and the Church. Satan, the great foe, has loathed the Jewish people since the beginning. Say a prayer for Israel and acknowledge the accomplishment of God’s will in their hands.

God’s plan for humankind’s redemption was to be carried out through the Jewish people, ensuring Satan’s defeat. Only a supernatural power can explain the endurance and fury of anti-Semitism through the ages. Satan has attempted to sabotage God’s grace by eliminating the persons the Lord would use to display His most marvelous grace on and through the earth.

Why Do Christians Offer A Prayer For Israel?

The Scriptures tell us that Lord God refers to Israel as the “apple of His eye,” a phrase of fondness (Duet. 32:10, Zech. 2:8). God blesses the countries praying for Israel and curses those cursing the nation (Gen. 12:2-3). Whether this is true or not in today’s setting, only He knows.

God was also viewed as Israel’s spouse, as stated in Jeremiah 3:14. He is still concerned about Israel, as seen by 2 Chronicles 6:6, which says, “Yet I have selected Jerusalem so that My name may be there, and I have chosen David to reign over My people Israel.”

God still places His love wherever He places His name. Jesus mourned over Jerusalem, foreseeing its impending doom: “As he reached Jerusalem and saw the city, he cried over it” (Luke 19:41). Additionally, Psalm 122:6 asks us to pray for the peace of Jerusalem.

How To Pray For Israel?

How do Messianic Jews[1] and Christians pray for this country, and how do we know God would answer our prayer? You may find the answer written in the gospel of 1 John 5:14-15:

“This is the confidence we have in approaching God: that if we ask anything according to His will, He hears us. And since we know that He hears us—whatever we ask—we know He will give us what we ask for.”

If the Word of the Lord instructs the believers to pray for Israel, we know that The Lord promises to answer our prayers. Aside from Israel, we must also pray for Jerusalem, the capital of the historic Kingdom and the modern State of Israel. With your prayer partners who share the Christian faith, call on the Lord with utmost devotion and sincerity.

1. For Reconciliation And Restoration, Pray That:

2. For Peace And Protection, Pray That:

3. For Combating Terrorism, Radical Islam, And Jihad, Pray That:

4. For Anti-semitism, Pray That:

5. For Leaders Of Israel, Pray That:

The Lord would provide them good counsel to precisely approach ties and crises emerging with the Palestinians, neighboring Arab nations, Iran, and other extremist Islamic countries.

Prayer For Peace In Israel

Loving Father in heaven, God of Abraham, you have called us to pray for the peace of Jerusalem, and Lord, we do hope that Your serenity will one day soon descend upon the Jerusalem and spread throughout the entire country of Israel until the globe is filled with the glory of God as the waves cover the sea.

But Father, we know that there will be no unity in that land or anywhere else in the world until the Lord Jesus rules over us as Lord of lords, King of kings, and Prince of Peace. Maranatha, Lord, we pray. As long as there is no unity on the whole earth and the sins of the nations continue, we know that without You, there can be no unity and only an increase in the world’s wrath against Your people, Israel, and Jerusalem.

Father, we know that nothing can bring peace to the world save the coming of the Lord Jesus Christ, the Messiah son of David, to assume His rightful place as King of Israel and Saviour of the World.

Father, we pray that while there is still time, people in the great nation and worldwide will come to know and trust the Lord Jesus as the one and only Prince of Peace. In the name of Jesus, we pray. Amen.

Prayer For The Safety And Protection Of Israel

Our Heavenly Father, the Rock, and Redeemer who has the power of blessing the whole nation of Israel, the first manifestation of our impending restoration, bestow Your light and truth onto its leaders, pastors, and advisers, and bless them with Your sound advice.

Fortify the hands of those who protect our sacred country, grant them rescue, and decorate them with a victory cloak. Ordain peace to the land, blessing its inhabitants’ eternal happiness. Bring them all together in adoration of Your holy name and adherence to all the precepts of Your Torah written by your servant Moses.

I implore you to keep Israel safe and lead them to Your City Zion. Make sure their leaders have the knowledge and guidance they need to make the difficult decisions they face in a hostile environment. Bless them with Your mighty hand, and around them in a protective ring of safety, including their homes, cities, families, and children.

Help them prepare for the awful time of Jacob’s distress when Jerusalem will become a burden to all countries and the entire world will turn against the nation of Israel by thwarting their enemies’ evil schemes and practices.

Thank You, Father, for seeing the finish in advance. I pray that all endowed with a soul affirm that You are their savior and return to the God of their salvation. In the blessed name of Jesus Christ, Amen forevermore.

O God, don’t ever be still! Behold, your adversaries roar; your foes have risen. They conspire against Israel’s inhabitants and loved ones. “Let’s wipe them out as a country; let Israel be forgotten!” For they scheme together; they establish a covenant against you—Edom and the Ishmaelites, Moab and the Hagrites, Gebal, Ammon, Amalek, Philistia, and Tyre; Asshur has joined them; they are the children of Lot’s strong arm.

Do to them as you did to Midian, Sisera, and Jabin at the river Kishon, and En-dor, who became dung. Make their nobles like Oreb and Zeeb, their princes like Zebah and Zalmunna, who declared, “Let’s take God’s pastures.”

O Lord, make them like dust in the wind. As the fire burns the forest and blazes the mountains, may you chase and scare them with your tempest and hurricane. Lord, disgrace them so they’ll seek your name. Let them be ashamed and dismayed forever; let them perish in humiliation so they’ll know you, Lord, are the Highest of all the earth.

Intercessory prayer for Israel is not limited to those serving in Israel and the Middle East as full-time missionaries. The Lord has given us the honorable task of interceding on behalf of our brothers in this nation. He also commanded us as Gentile Christians grafted into His family (Romans 11:17).

The Father used Israel’s sin and rejection to spread the benefits of His salvation and reconciliation across the world. God, on the other hand, is infinitely wise and wiser still:

“Again I ask: Did they stumble so as to fall beyond recovery? Not at all! Rather, because of their transgression, salvation has come to the Gentiles to make Israel envious. But if their transgression means riches for the world, and their loss means riches for the Gentiles, how much greater riches will their full inclusion bring!” (Romans 11:11-12, NIV) 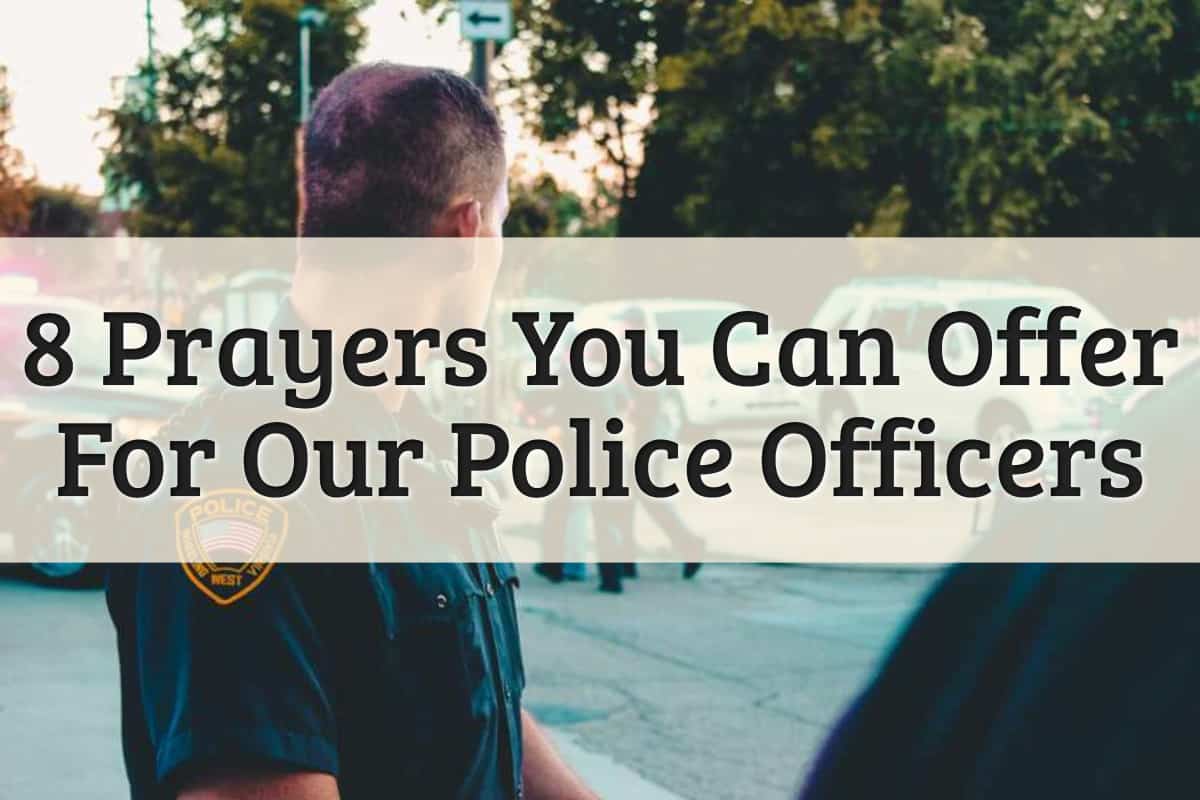 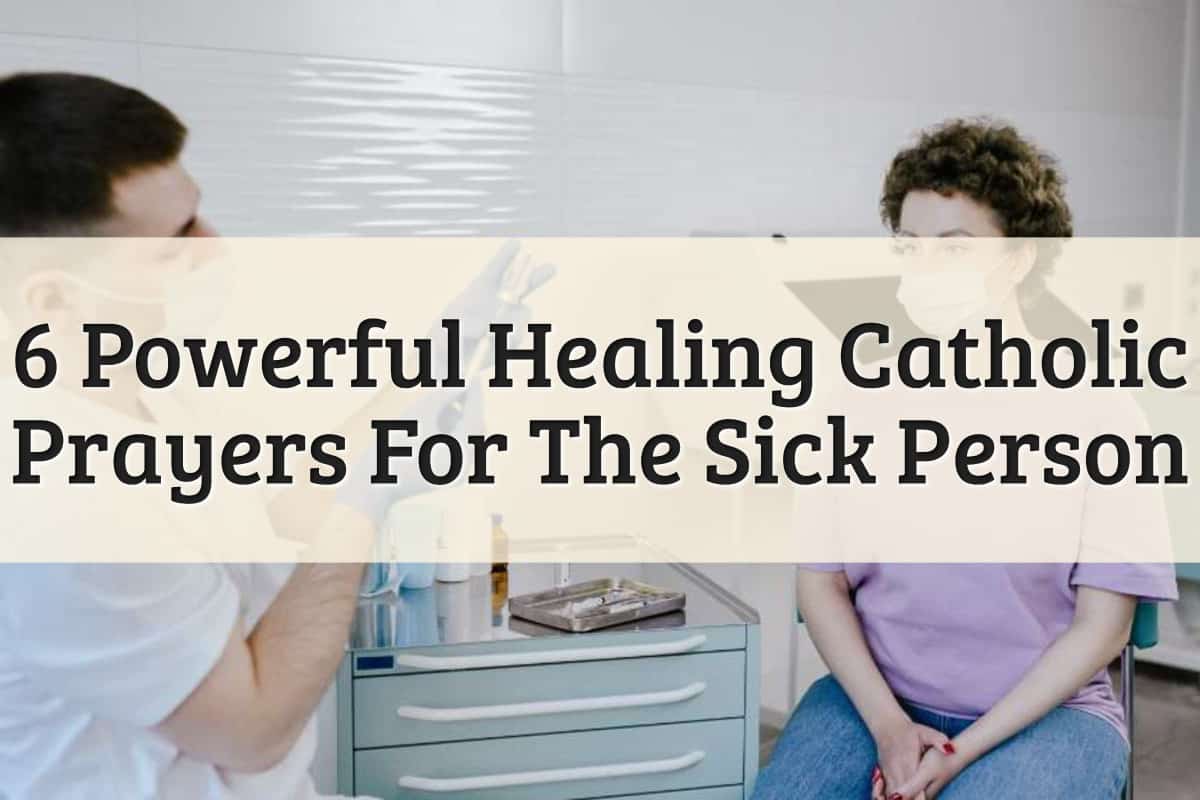 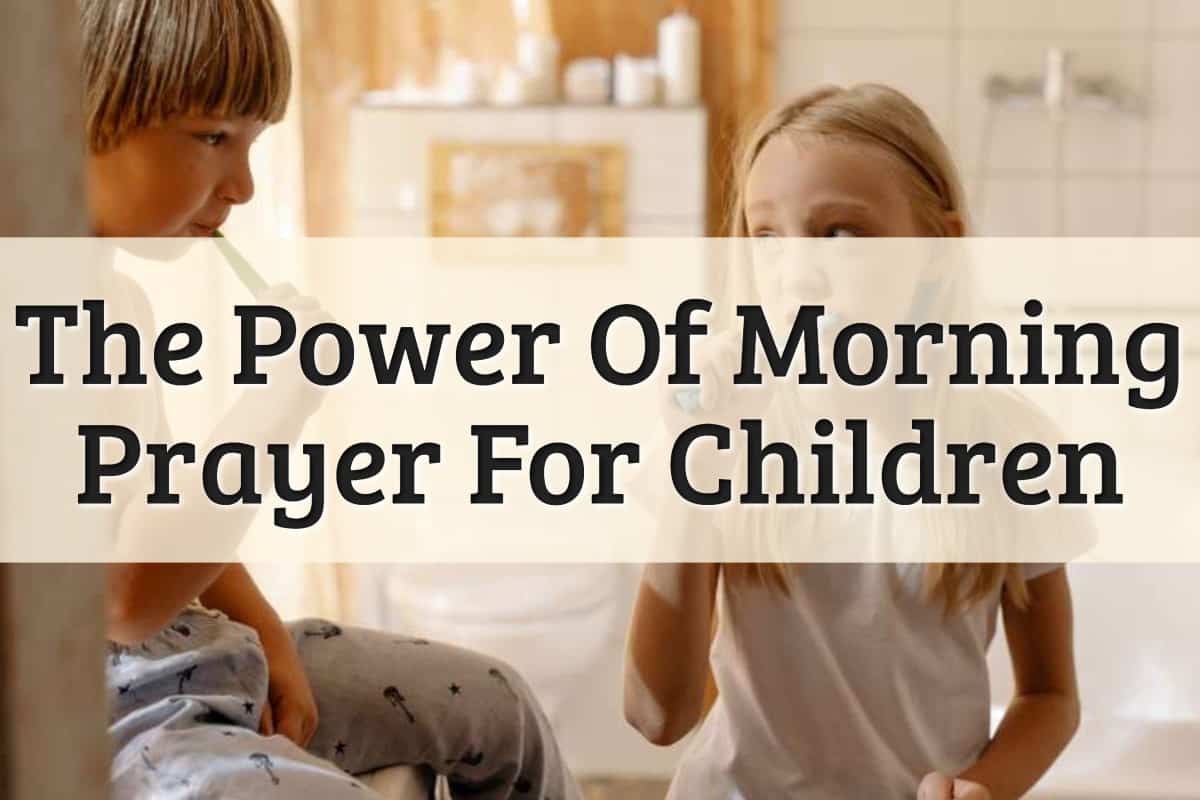 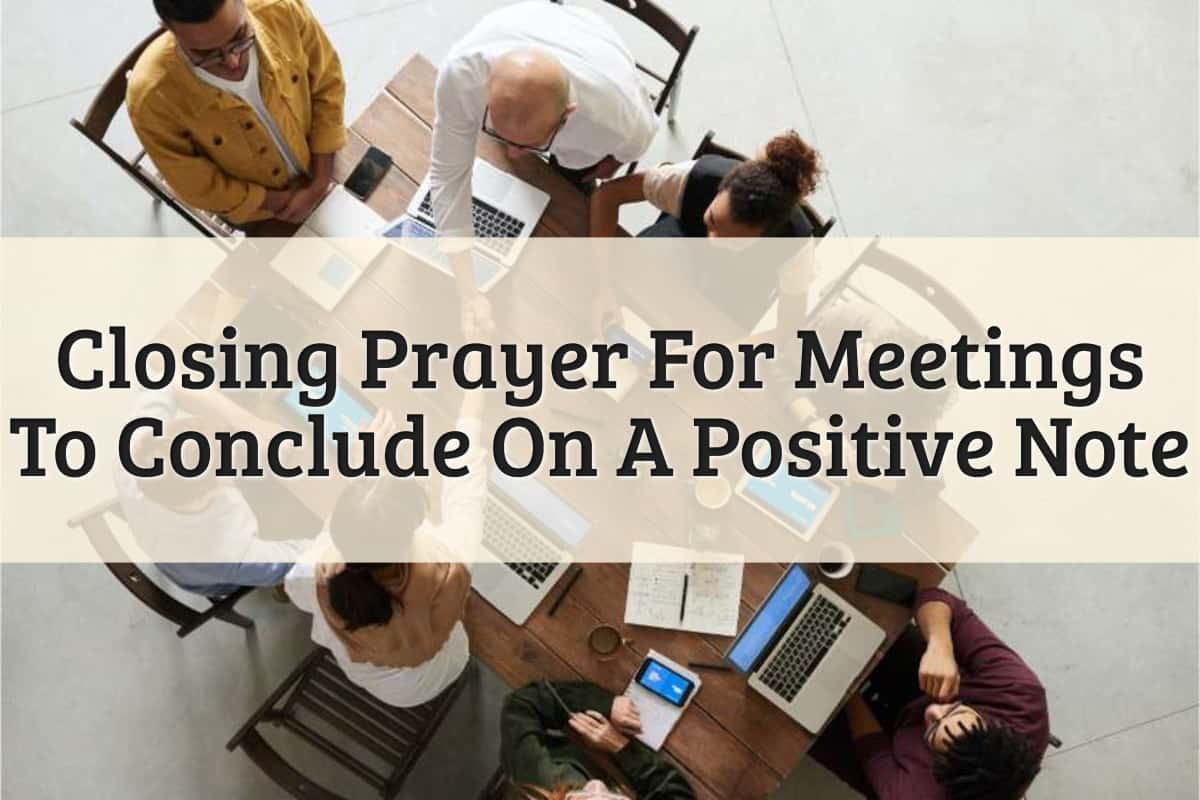 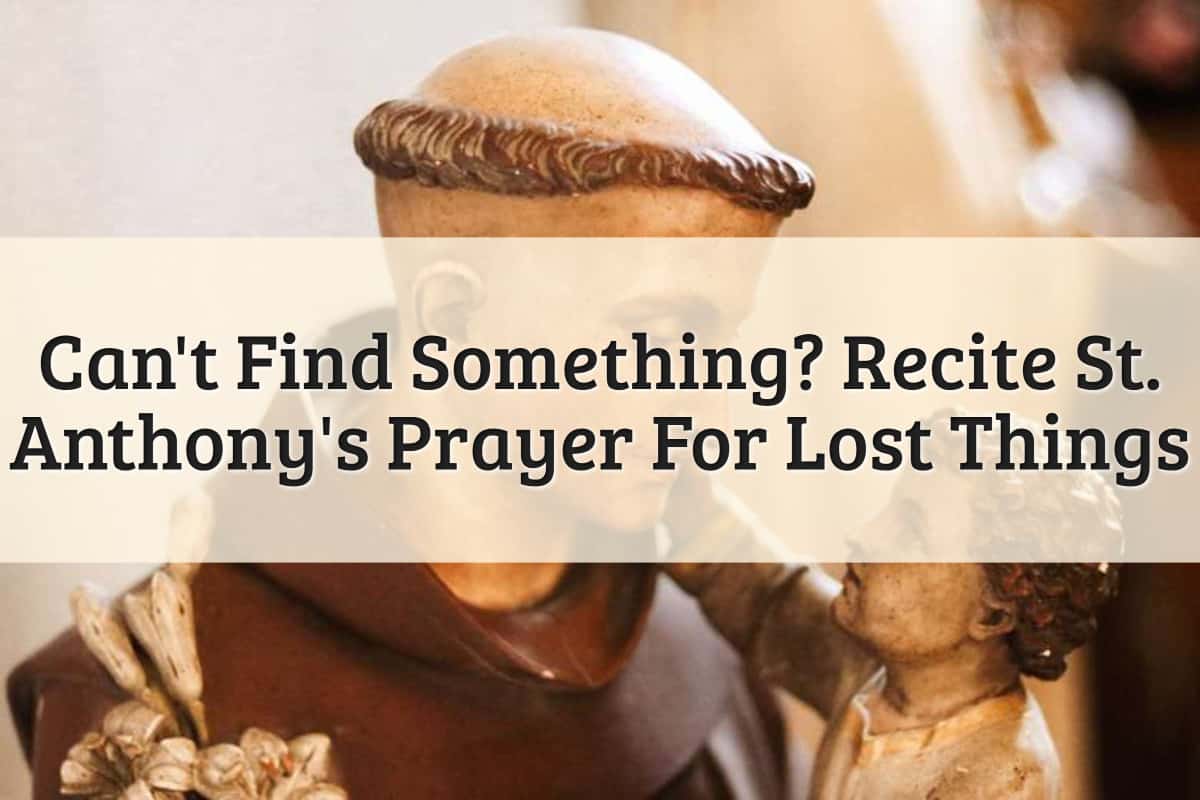