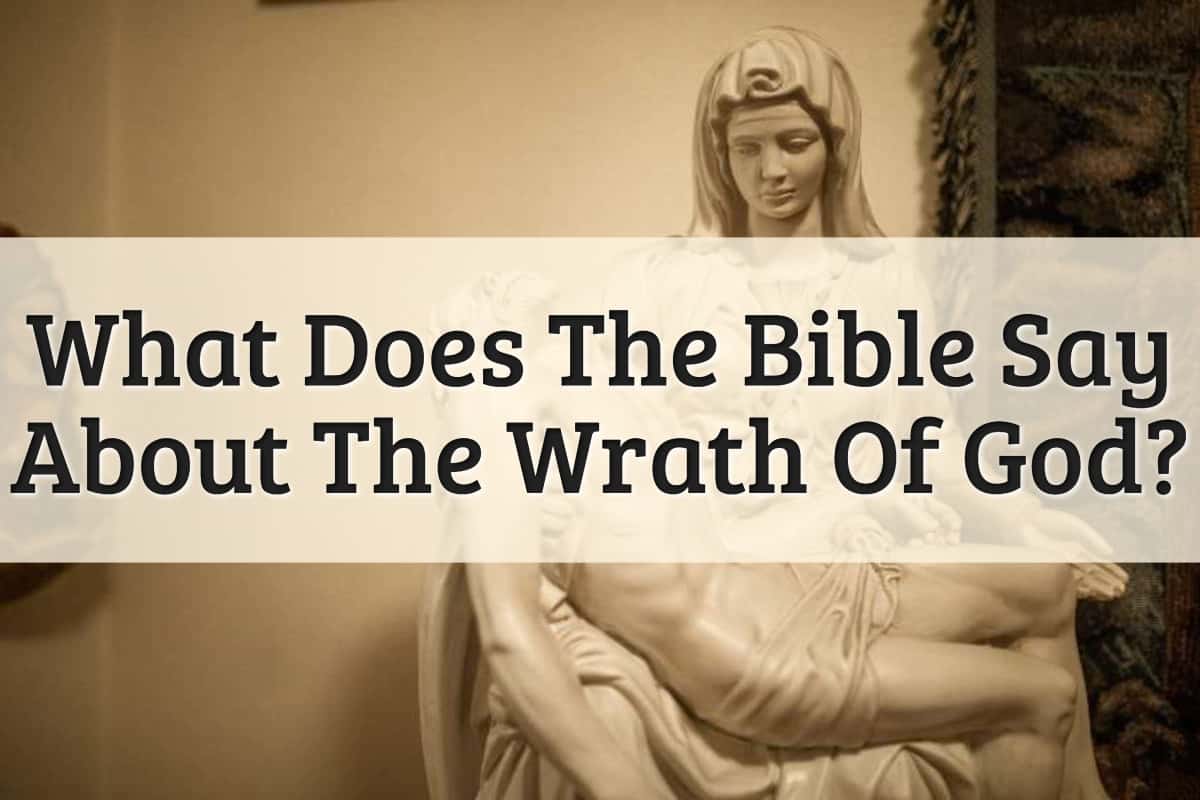 Is the wrath of God opposed to God’s love? If you interpret wrathful as vindictive, it may be difficult to reconcile these two divine characteristics. However, suppose the divine wrath of the Father is merely his righteous judgment against the sinful nature of mankind.

In that case, there is no genuine tension between the two. An angry God punishes every person as a consequence of sin. And a God who is just would judge us the way we deserve.

Understanding the notion of God’s wrath may be tricky. And this is likely owing in significant part to confusion with human wrath. The definition of wrath, as translated by Merriam-Webster, is “strong vengeful anger.” The concept is that someone has mistreated you, and you are attempting to cause them as much pain as possible. Human wrath is often not seen as a desirable characteristic.

The Meaning Of The “Wrath Of God” Based On Bible

We may have a biblical understanding of the idea of the wrath of God by studying these passages from the Old and New Testaments of the Scripture. The “wrath of God” is a recurring phrase in the Old Testament. Deuteronomy 9:8 and Nahum 1:2 mention God’s wrath:

“At Horeb, you aroused the Lord’s wrath so that he was angry enough to destroy you.”

“The Lord is a jealous and avenging God; the Lord is avenging and wrathful; the Lord takes vengeance on his adversaries and keeps wrath for his enemies.”

This conjunction of God’s anger, human disobedience, and retribution is a recurring motif in the Old Testament, particularly among the prophets. The primary message of the prophets was the judgment on rebellious people, usually accompanied by a plea to repentance.

In the New Testament, God can be wrathful in several instances, especially in Romans and John. The New Testament emphasizes that wrath befalls everyone who disobeys the gospel’s message.

“The wrath of God is being revealed from heaven against all the godlessness and wickedness of people, who suppress the truth by their wickedness” (Romans 1:18).

“But because of your stubbornness and your unrepentant heart, you are storing up wrath against yourself for the day of God’s wrath, when his righteous judgment will be revealed.” (Romans 2:5).

“Whoever believes in the Son has eternal life, but whoever rejects the Son will not see life, for God’s wrath remains on them” (John 3:36).

You need to pay attention to what God’s anger is directed at. If you reject Jesus as your savior, you will witness God’s response to your wickedness, stubbornness, and unrepentant heart.

One way to explain it is that the anger of God is directed at humanity because of their deeds of wickedness. What follows is a reasonable question: Is this reasonable? Yes, in a nutshell. God is the final arbiter of all human affairs.

Ultimately, every one of us will have to answer for the things we’ve done and the lives we’ve led. We are free to choose how we shall live because God has given us the freedom to do so. Regardless of what we decide, we must understand the repercussions of our actions.

Amazing Facts About The Wrath Of God

The term “wrath” may sound terrifying, especially when combined with the name of the Lord. However, we must find comfort in knowing these amazing facts about the wrath of God:

1. His Wrath Is Just

For many, the God of the Old Testament is seen as a moral monster who should not be adored. The writers of the Bible, on the other hand, do not have this difficulty.

It is stated that God’s justice and anger are one and the same. In the New Testament, God’s rightful judgment is revealed, “but because of your hard and impenitent heart, you are storing up anger for yourselves on the day of vengeance,” Paul says (Romans 2:5). Because of human depravity, the severity of God’s punishment may be measured.

2. His Wrath Is To Be Feared

Everyone has sinned and fallen short of God’s glory; thus, His wrath is to be dreaded (Romans 3:23). Without Christ, we are all sinners who deserve to face God’s wrath (Romans 5:1). We should tremble at the prospect that our God is capable of fulfilling HIs promises (Jeremiah 32:17). In the face of God’s anger and ultimate retribution, we should be afraid (Matthew 25:46).

3. His Wrath Is His Love In Action Against Sin

God is love, and everything He does is for His own benefit (1 John 4:8; Romans 11:36). For him, glory is more important than anything else (which is a good thing). That is why God governs in a manner that maximizes His own glorification.

Meaning that without justice and judgment (i.e., responding with anger), God would cease to exist as the almighty being that God is. Love for God’s glory drives God’s revenge against sin caused by evil.

4. His Wrath Is Satisfied In Christ

God the Father sent Jesus into the world to redeem sinners, and here we have the ultimate message of hope: (1 Timothy 1:15). As a result of Jesus’ sacrifice on the cross, God can deem sinners justified (Romans 3:26). What we couldn’t accomplish, and what we didn’t deserve, God did.

The Variations Of God’s Wrath

God is shown throughout His word as having various outward manifestations of wrath. God’s wrath manifests itself in a variety of ways:

These natural catastrophes, such as hurricanes, tornadoes, mudslides, and other calamities, are God unleashing His wrath on Earth. This kind of fury may be seen in the story of Korah’s disobedience in Numbers 16:31-35.

The His wrath will be unleashed at the end times when the whole Earth will be engulfed in fury from the Lamb on the Day of the Lord. Revelation 6:16-17 states, “And said to the mountains and rocks, Fall on us, and hide us from the face of him that sitteth on the throne, and from the wrath of the Lamb: For the great day of his wrath is come; and who shall be able to stand?”

As an individual or a country is completely and permanently abandoned by God because of their wickedness, it is a dreadful truth of His wrath to think about. Romans 1 manifests this kind of wrath.

We may feel God’s wrath through the “reaping and sowing” parts of our lives. In other words, what we seed is what we’ll get. We get more than we put in. We receive our rewards far later than we sow them. This form of rage may be seen in the killing of Ananias and Sapphira in Acts 5.

The wrath of God was poured out on Jesus Christ when He was crucified and died for the sins of His people. Galatians 3:13, John 3:16, and 1 Peter 2:24 describe this. In Isaiah 53:10, the prophet Isaiah proclaimed unequivocally that it was God’s will for Jesus to be crucified.

Who Will Experience God’s Wrath?

God’s wrath is prepared for those who disobey him, as we see throughout the Scriptures. But those who respond to His call are never subjected to His fury. Believers may and do face God’s wrath.

However, such discipline is meant to help us develop and evolve our relationship with God and the Christian faith. Nevertheless, God’s wrath is a final judgment for all His foes or those who have turned away from him.

In the Scripture, you’ll see this contrast between God’s wrath for sinners and His affection for His own. The waves of the deluge bring God’s wrath down on the people of Noah’s day, but Noah and his family[1] are spared. Sodom and Gomorrah are punished, and Lot is delivered from his captivity.

The plagues of Egypt decimate Egypt, but Abraham’s descendants are saved. This theme often recurs throughout the Old Testament. In addition, John’s visions in Revelation graphically depict the same narrative.

How Should We React To God’s Wrath?

The wrath of God is a topic that some would like to avoid. Others seem to have much fun declaring God’s vengeance on sinners. Nevertheless, how should followers of Christianity react to the divine doctrine that portrays God’s wrath?

It is proper to emphasize God’s anger as Jesus, and His apostles did. They said unequivocally that God’s vengeance was prepared for those who disobeyed Him. Despite the severity of the situation, they never seemed to downplay or belittle it.

But the fury of God was not the main point of their message. God cares about us. He has invited us for salvation from the His wrath and to become part of His family. Our first task today should be to spread the gospel of Jesus Christ. It is important to remember that rejecting the gospel will result in God’s anger.

Many individuals may find it difficult to reconcile God’s love and wrath. If you ever struggle or dispute what the wrath of God entails, recall Romans 5:8:

“But God demonstrates his own love for us in this: While we were still sinners, Christ died for us.”

Keeping this in mind will allow you to perceive God’s wrath and love wrapped together in the same deed. You do not need to fear feeling his anger because He has already borne it for you if you have placed your confidence in Christ. His mercy and righteousness have delivered you. God may punish you if necessary, but you will never experience His wrath.

2 thoughts on “What Does The Bible Say About The Wrath Of God?” 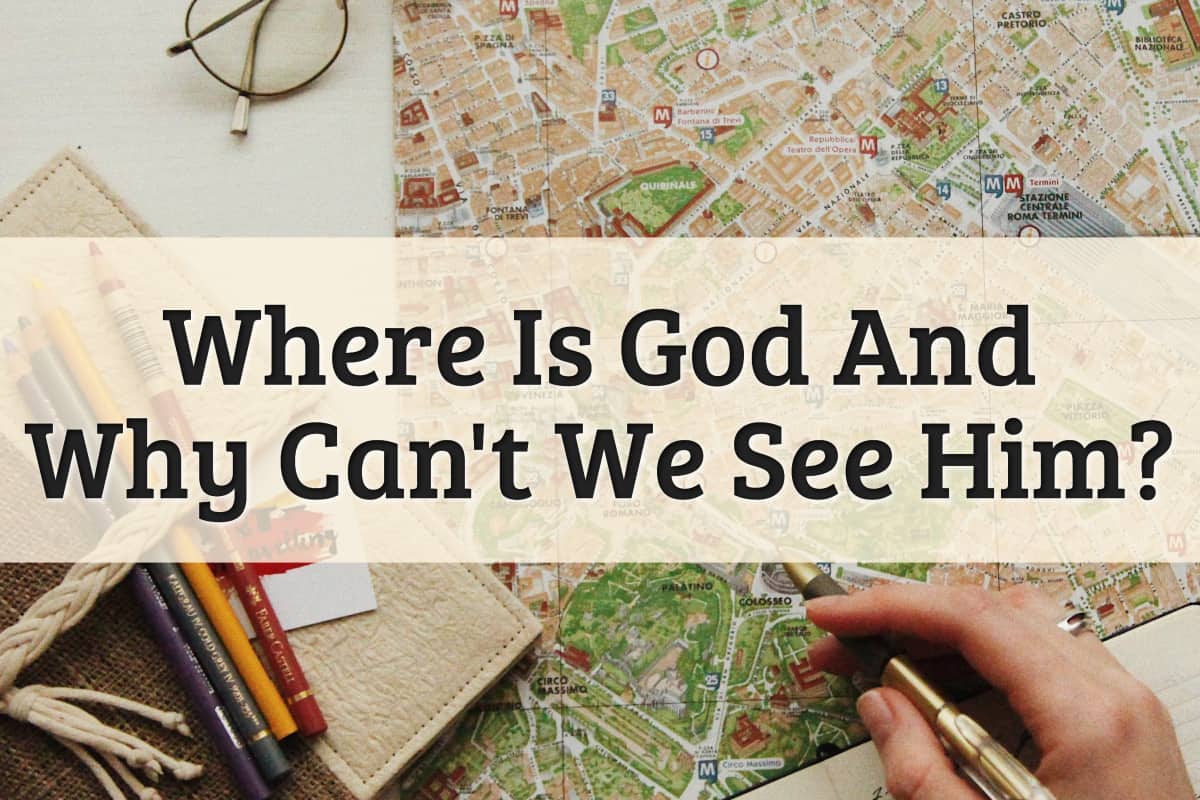 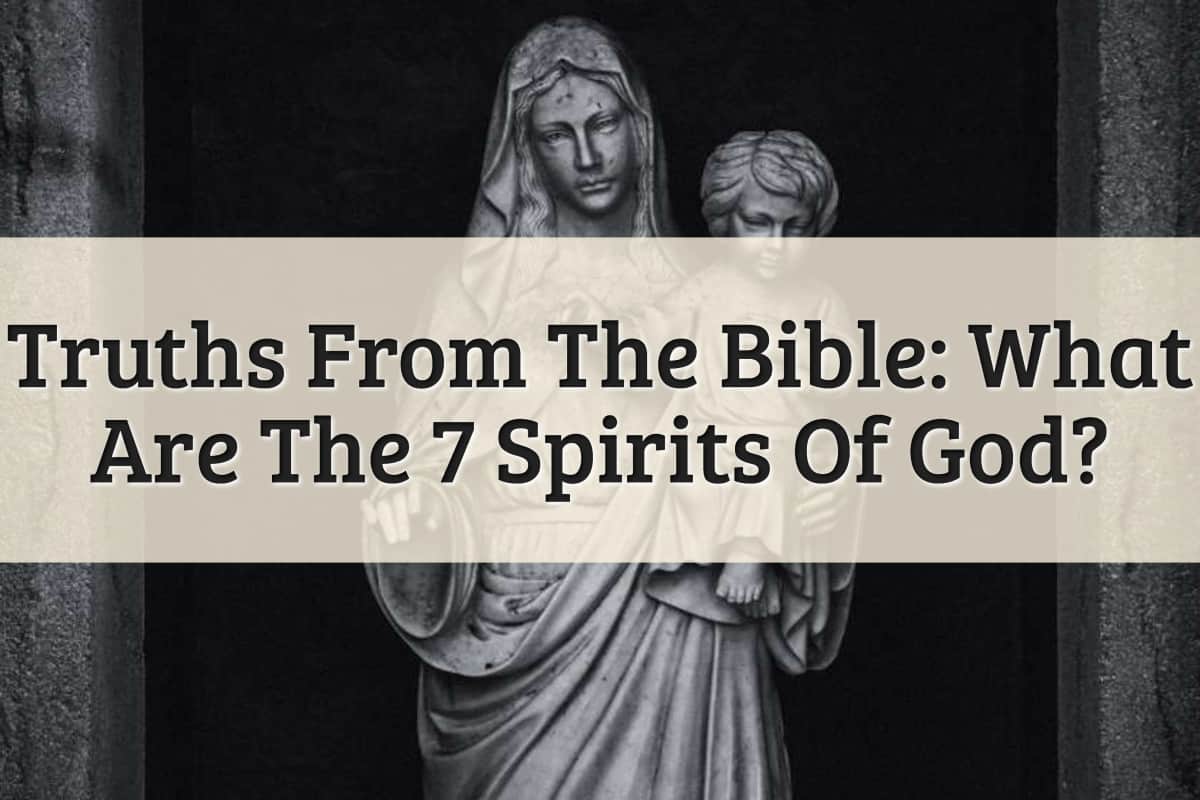 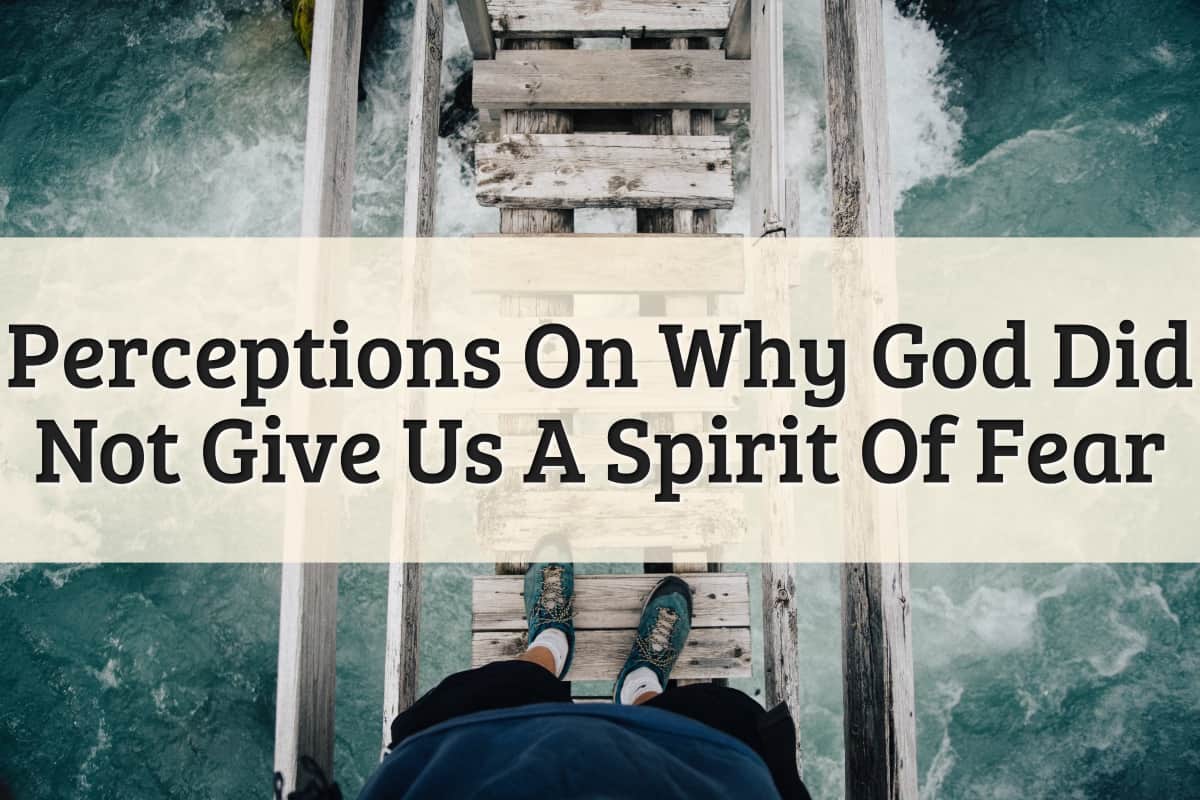 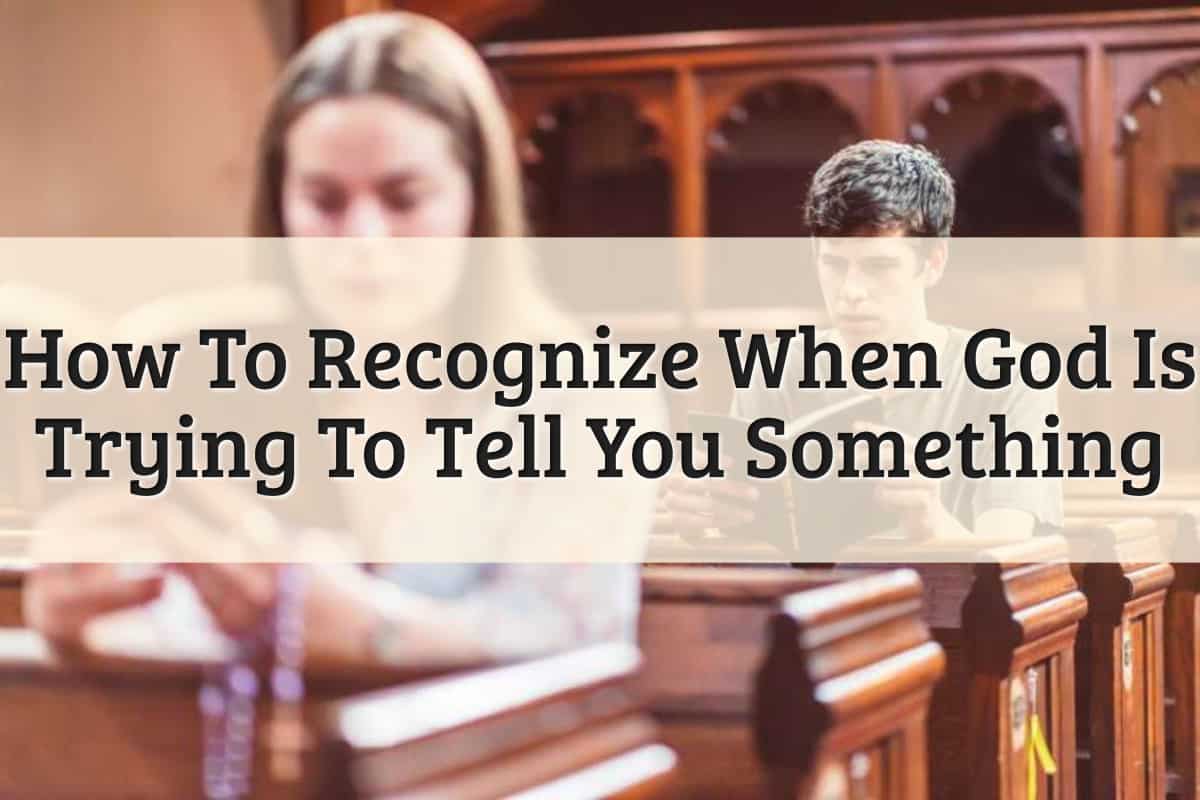 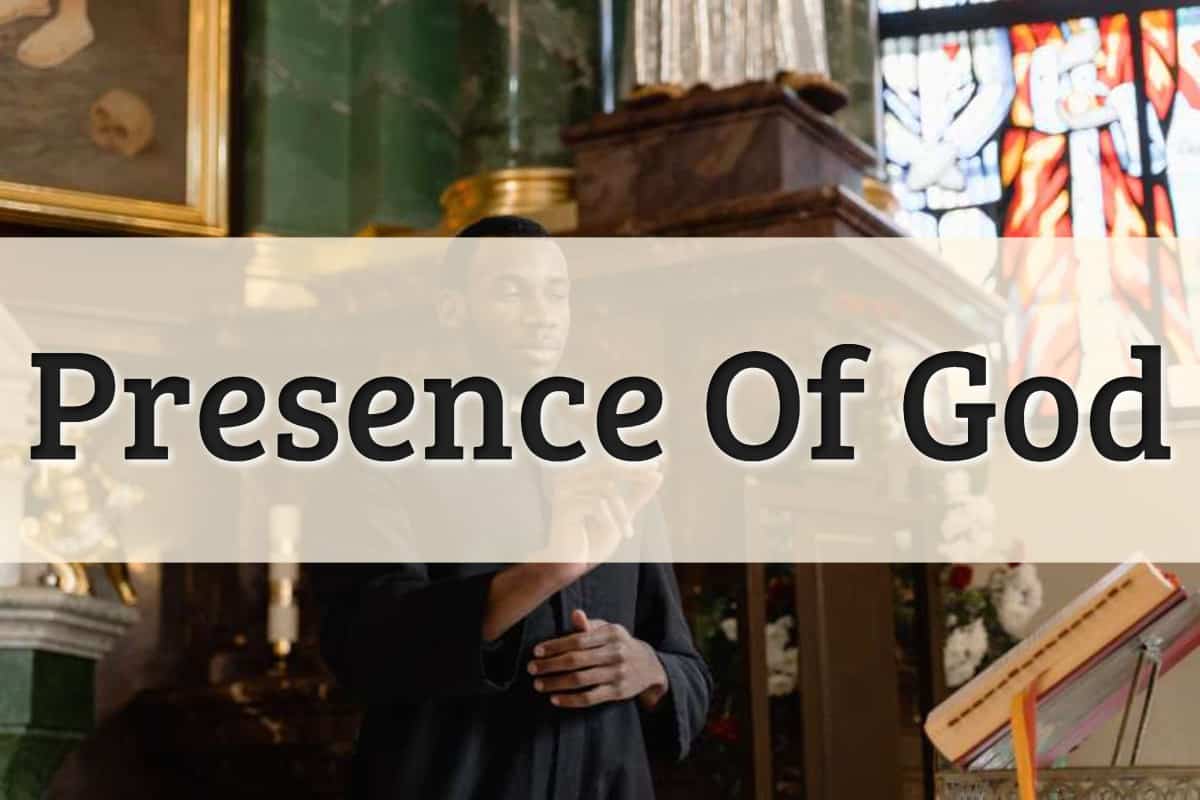